Guest post by Patricia Chan, an undergraduate freshman in 2014 Byrne seminar on weedy plants
What is a weed?  Generally, it’s an incredibly hardy and pervasive plant that we as humans deem undesirable for our purposes.  Whether it’s a thorny bush in our yard, a vine stealing sun from our crops, or the wildflowers in our lawns that “ruin” the uniformity of our grass—weeds are what we make of them.

Honestly, I could talk all day about how we define plants as “bad”, “harmful”, and “ugly”, but enough about that.  Let’s discuss the second aspect that makes a plant a weed: their ability to survive, reproduce, and even flourish in the most trying conditions.  If you look at it this way, weeds are pretty incredible.  They manage to succeed in environments that limit all others and they seem pretty happy doing so too.

In terms of ultimate hardiness and survival, weeds are the all-out winners.    They have and they continue to outwit other plants and animals every day, everywhere.

There are hundreds of adaptations that weeds evolve to outcompete other plants and evade humans, but my favorite adaptations are their aggressive defenses.  The parts of a weed that shout “I AM PREPARED” in the face of adversity.

Some plants produce oils that target and irritate animals trying to disrupt them- a commonly known one being poison ivy.

Some plants produce thorns- that’s normal.  But then some plants produce serious don’t-you-even-think-of-touching-me-thorns.   That’s the case in the honey locust.  While its thorn-less variety is commonly grown around urban areas, its natural state is feared and frowned upon by most.  It has thorns covering the entire tree, with thorns growing off of thorns growing off of thorns.  No human or animal would ever want to mess with that tree. 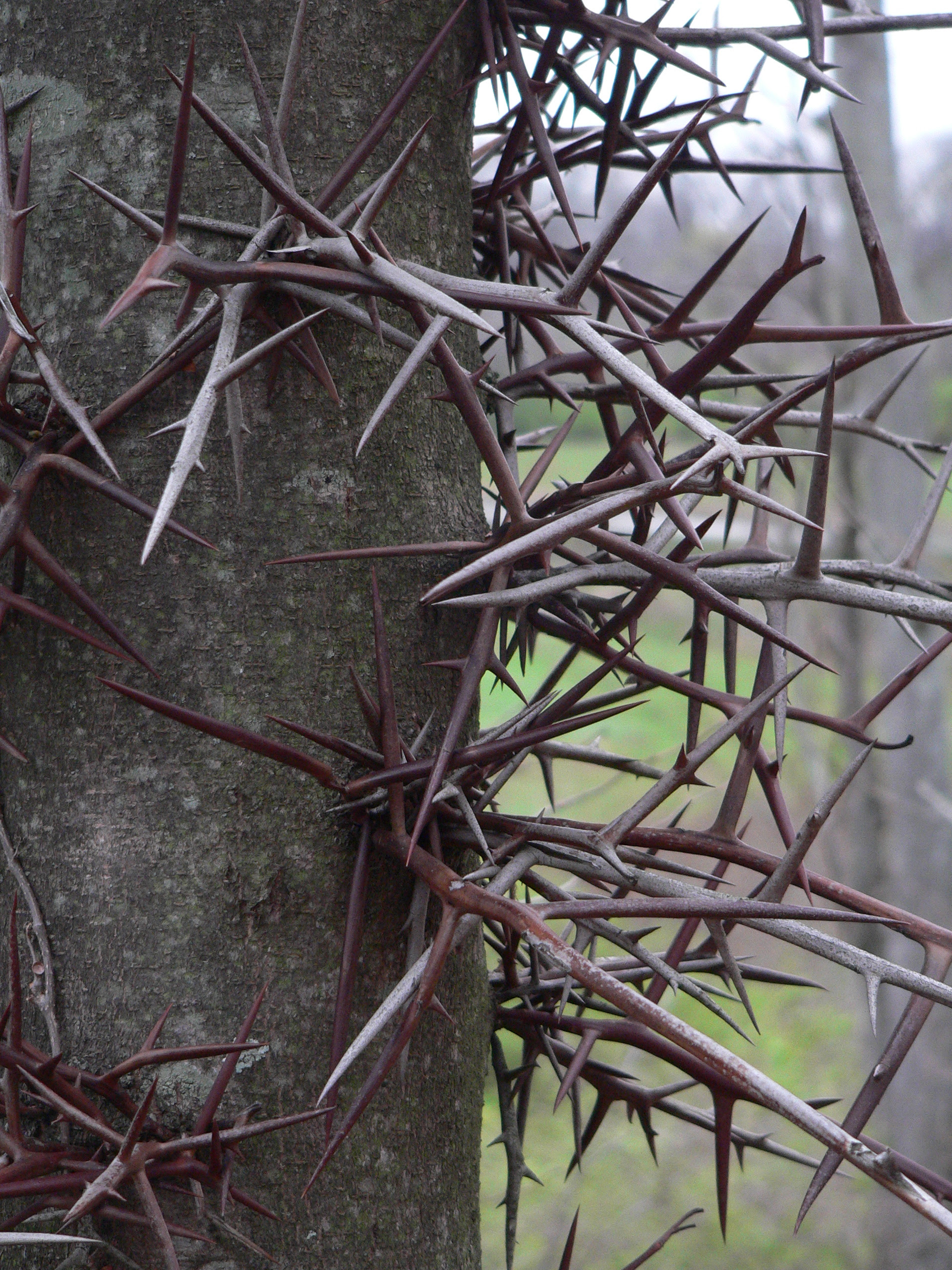 Some plants, like the black walnut, go so far as to emit chemicals from their roots that kill plants around them and prevent others from growing.  Because of this, the black walnut tree can enjoy its nutrients and sunlight uninterrupted by close competition.  It is also because of this that the tree is considered a horrid weed by gardeners and farmers alike.

Acacia trees are yet another weedy and plentiful species with clever survival strategies.  In addition to their thorny defenses, they use chemicals to communicate with each other when threatened .  They are responsible for confusing countless scientists were studying unexplained antelope die-offs seemingly.  It turns out that when the antelope munched on the acacia leaves, the tree signaled to itself (and others) to begin producing toxins to reduce the threat. That’s impressive.

Any way you put it, weeds are an amazing achievement.  Most of us gardeners, farmers, homeowners, or bystanders may not appreciate weeds on a surface level, but let’s now recognize all the work in evolution that led them to where they are now.  Sure, invasive, mass spreading weeds may not always be conventionally beautiful, but there’s a reason why they’re hard to get rid of: we selected them to be that way.

Next time you see that weed that seems to always come back, take a moment to applaud it as an impressive feat of nature, because that’s what weeds really are: they’re tough.

Email ThisBlogThis!Share to TwitterShare to FacebookShare to Pinterest
Labels: byrne seminar, plant defenses, selection, weeds, what is a weed?